The Beelink U59 is a mini PC with an Intel Celeron N5105 CPU. The processor has 4 cores and 4 threads. In everyday life, I clock the processor at 2.0 gigahertz. If more power is required, the power can be increased to 2.9 GHz. An Intel UHD GPU is responsible for the graphics. Manufacturer literally 16 GB RAM and 512 GB M.2 SSD. The mini PC is suitable, for example, as a small media center: playing 4K videos is no problem. The Beelink U59 supports up to three screens at the same time. The two rear HDMI ports and the USB-C port on the front can be used for this. Dual displays with 4K resolution at 60 Hz are supported when using both HDMI ports.

My everyday life has grown well thanks to Beelink U59 office tasks, and the Celeron N5105 is by no means a high-end gaming CPU. The internal Intel UHD GPU is also more suitable for older game titles or those that only place low demands on the system. “Disney Dreamlight Valley” runs smoothly on a mini PC with adjusted graphics settings. The U59 offers enough performance for retro gamers: classic games such as “Star Trek Bridge Commander” or “Driver” run smoothly. The 11th generation of Celeron processors can also be used for cloud gaming: the PC’s own hardware is not blown up quite as much. In office mode or during the Netflix, Amazon Prime or YouTube playback, the Beelink U59’s fan never sounds too loud. The fan noise only increases when graphics-intensive games or demanding tasks challenge the Intel Celeron N5105. However, the background noise is not too intrusive.

The connection to the router turned out to be stable in the test. Streaming playback runs smoothly and without buffer pauses. Beelink is literally a Wi-Fi 5 card inside the U59. There are two Ethernet ports on the back if you prefer a wired connection to the Internet. Headphones or speakers, for example, can be connected via Bluetooth 4.0. The purchase of an internal audio solution is necessary because the mini PC does not have an internal speaker. Bluetooth can be used to connect mice, XBOX controllers or touchpads, for example.

The 500 GB SSD can be replaced by the user if desired. To do this, four screws on the underside must be loosened. Beelink states that SSDs are supported up to a size of 2 TB. In addition, another 2.5 inch data carrier can be installed on the underside of the Mini-PC, whereby the data carrier may not be more than 7 mm high. The capacity of an additional hard drive or SSD should not exceed 2 TB. The RAM can also be exchanged: The two RAM slots can be occupied with a maximum of 16 GB RAM bars each, which results in a maximum working memory size of 32 GB.

As usual from Beelink, the scope of delivery is lavish: A VESA mount is included to attach the mini PC to the back of a monitor. Two HDMI cables are included for connection to two screens. One of these is very short. This is suitable, for example, for situations in which the mini PC is mounted on the back of a screen, which can reduce the cable chaos on the desk.

Beelink makes optimal use of the available space on the U59: With two Ethernet connections, four USB-A ports and two HDMI connections, the mini PC is well equipped for everyday use. Only an SD card slot is missing from the overall package. Beelink arrives from the U59 mini PC standard with 500GB internal storage and 8GB RAM. The Beelink U59 is available from Amazon for 279 euros, this model is available with 16 GB RAM and 512 GB SSD for 309 euros. A 40 euro voucher can also be activated daily on the article page, which reduces it even further. The manufacturer itself offers the Mini-PC even cheaper: The 500 GB version with 16 GB RAM costs 229 euros there. We had plenty of RAM but there was £30 left and the version had 8GB of storage for £199.

GamerBrother quarrels with Vodafone – “Don’t slip to this level” 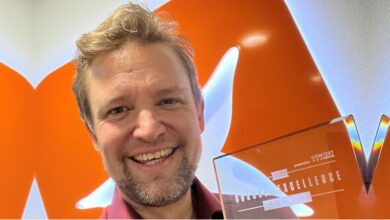