Sparkling harbinger: Researchers have discovered a possible warning sign for solar radiation bursts. Accordingly, short mini-flashes in the ultraviolet range indicate whether an active region on the sun’s surface is about to produce a flare or not. This flickering in the UV range is probably caused by local rearrangements of the magnetic field lines, which increase the voltages in this zone – and thus make a discharge as a radiation eruption more likely.

If a strong burst of radiation occurs on our sun, this can also have consequences for the earth. Because particularly high-energy solar flares can protect satellites, disrupt radio communication and paralyze entire power grids. In 1967, such a solar storm almost triggered a nuclear war. It would be important, a looming flares.

The problem, however, is that it is known that bursts of radiation emanate from sunspots – darker, cooler zones on the sun’s surface where magnetic field lines form large arcs and tightly twisted knots. But whether and when such a sunspot will discharge in an eruption cannot yet be clearly predicted.

Now astronomers may have taken an important step towards predicting solar flares. In its study, the team led by KD Leka from NorthWest Research Associates in Colorado looked for features of active zones on the sun’s surface that distinguish sunspots that are acutely flare-prone from flare-free ones in advance.

The research images in the ultraviolet and extreme ultraviolet range that NASA’s Solar Dynamics Observatory (SDO) solar probe has taken over the past eight years of active regions on the Sun served as the basis. They could use the parameters determined from this data to compare them with a list of solar flares that the US satellites GOES/XRS, which specialize in solar X-ray flares, had caught during this period.

UV sparkles the day before

In fact, the team found what they were looking for: the sunspots, which shortly afterwards caused a burst of radiation, often show conspicuous UV fluctuations in the overlying solar corona in advance. “The images indicate that such regions tend to have short-lived, small-scale increases in brightness,” report Leka and colleagues. This flickering in the UV range only occurred within the zones in which a flare occurred over the next 24 hours.

Warning signs local instead of regional

However, the evaluations also show that these small-scale reconnections are not sufficient to heat up flare-prone areas as a whole. As a result, these areas appear hardly brighter in the UV range than comparable sunspots without the threat of eruptions. “This is a little surprising, because one might expect that the increasing magnetic complexity would cause strong corona-heating currents,” the researchers write. “But apparently that’s not the case.”

On the other hand, the “twinkle” of the ultraviolet mini flashes that has now been discovered seems to be much more reliable. “Our results could provide us with a new marker that we can use to identify which active regions on the sun are likely to produce a burst of radiation soon and which will remain quiet for a longer period of time,” says Leka. If dying is confirmed, this finding could help to better predict solar flares in the future. (The Astrophysical Journal, 2023; doi: 10.3847/1538-4357/ac9c04) 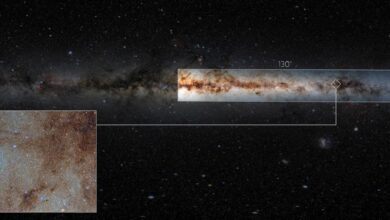 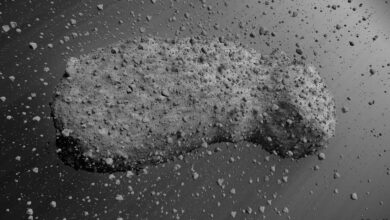 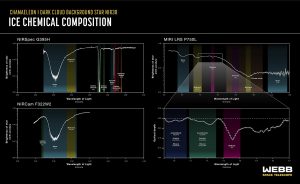 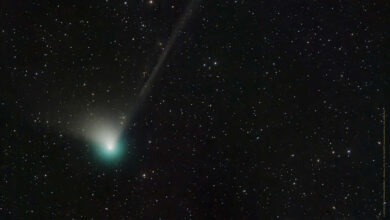